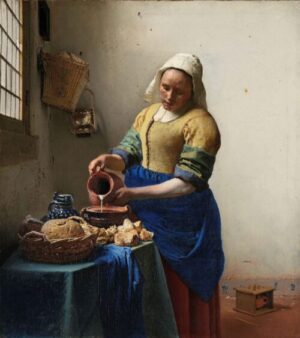 Introduction and aims
EMROC’s transcribathons are a highlight of many instructors’ and students’ academic schedules. The transcribathon in March 2021 provided a particular balm: we were a year into the pandemic and, in the UK, just emerging from a second lockdown. The transcribathon broke through our Zoom-fatigue and, at our base at the University of York, offered a great opportunity for undergraduates, MA students, PhD candidates, and faculty at York to work together (and with colleagues worldwide) on transcribing early modern manuscripts.

In this essay we describe a smaller project that grew out of this very successful collaborative and intergenerational transcribathon. We describe a case study which shows how the resources put together by EMROC (in partnership with the Folger and Wellcome Libraries) can be used in ad-hoc, remote, institution-specific transcribathons, outside of the regular EMROC calendar. It also offers suggestions on how these activities can help undergraduates, graduate students, and faculty from a shared home institution to learn together.

Our project was funded by York’s Centre for Renaissance and Early Modern Studies (CREMS); it was led by Katherine Hunt (Lecturer in the Department of English and Related Literature) and PhD students Emma Marshall (History) and Grace Murray (English). Both students have extensive experience of working with early modern manuscript sources. Grace’s PhD explores the material and literary dimensions of sixteenth- and early seventeenth-century how-to literature; Emma’s focusses on sickness and healthcare in early modern English gentry households and includes analysis of written recipes.

We aimed to set up a toolkit for getting undergraduates ready for transcribing. We wanted this toolkit to be useful for instructors, but also for ad-hoc sessions independent of taught modules. We planned a session in November 2021 as a focus point for testing out the materials we’d compiled. Our session was intended as an extracurricular activity, which any student was welcome to attend, although we sent invitations to undergraduates taking certain modules in early modern literature and history. We found it helpful to draw on previous case studies of recipe assignments using digitized resources and collaborative manuscript transcription in the classroom, but also faced distinct challenges in designing an event outside of a formal taught course.[1] Because we were taking a light touch with the session, and we weren’t preparing students beforehand in class, we had to think carefully about what undergraduate students really needed to know before getting started. We couldn’t assume prior knowledge and we knew we would have participants from different disciplines (all in the humanities), and from a variety of stages of their undergraduate and postgraduate education. In what follows we describe the materials we developed, and the outcomes of this session.

Collating and producing resources
There are many useful resources available online, and our first task was to collect these together in an annotated list. We were aware that most of the undergraduate students taking part would have never worked with manuscripts before, so we compiled a glossary of terms associated with manuscripts and transcription. This guide drew on previous glossaries provided by the Newberry Library, The National Archives, the Folger Library, and the British Library.[2] It included technical terms associated with manuscript studies and book history that we felt students might encounter, such as ‘manicule’, ‘recto’ and ‘verso’, ‘folio’ and ‘marginalia’, with examples where appropriate. The sheet also included more general disciplinary definitions (e.g. ‘paleography’), as well as terms like ‘shelf mark’, which help students to consider the ways in which digitised texts relate to their physical counterparts.

We also created a glossary of technical recipe vocabulary. It listed terms relating to culinary and medical ingredients, illnesses, and processes of making, which recur frequently across collections but often with significant variations in spelling. We noted variations, along with common abbreviations and brief definitions. This resource was not designed to be exhaustive, but rather a starting point to inform students and challenge modern preconceptions about consistent spelling. We noted that letters could be used interchangeably in the early modern period, and included hyperlinks to free online glossaries of ingredients, utensils, and Latin terms. For the latter, the sheet also listed some frequently used phrases and their translations. ‘Probatum est’, often abbreviated to ‘pbt est’ or ‘pbm est’, indicated that a recipe had been experimentally tried and judged successful, for example. Such information is often embedded in research articles which may be difficult for students who are unfamiliar with this genre to engage with, and so this sheet provides an accessible introduction.

The most substantial new resource we developed was a short video, presented by Grace and Emma, which introduces students to manuscript recipes. We selected five recipe books to present, all available via the Wellcome Collection and Royal College of Physicians, including the Sedley (c. 1686, RCoP MS. 534) and Ayscough (c.1692, Wellcome MS. 1026) manuscripts. This was partly because of the wealth of associated resources already available through EMROC, and because both are written in clear italic hand. We chose Lady Frances Catchmay’s recipe book (c. 1625, Wellcome MS.184a) as a more difficult example of secretary hand, but with a recognizable layout of headings and instructions not dissimilar from Lady Sedley’s manuscript. A section of Lady Johanna St. John’s recipe book (c.1680, Wellcome MS. 4338) was included in for its interesting variety of ingredients and equipment. Our final recipe book was an anonymous manuscript dated approximately to the late seventeenth or early eighteenth century (Wellcome MS. 7892); our extract included a short poem apparently written by the writer’s husband, encouraging her culinary experiments. The five examples showcase a variety of hands, recipe content, and formal elements, and were chosen to highlight the richness of recipe manuscripts for both literary and historical scholarship.

Because this project was funded by CREMS, we wanted to highlight the interdisciplinary possibilities of and approaches to using recipe books in the introductory video. Consequently, we discussed not only writing styles but also the materiality, layout and organization of recipe books: important features with which we expected students to be unfamiliar and therefore at risk of overlooking during transcription. The video highlighted different elements of a single page to demonstrate the breadth of information we can gain from close-reading recipes, and to encourage students to think deeply about the contexts in which they were written and followed. For example, attributions to named individuals indicate complex social and scientific networks, foreign ingredients raise questions about global trade and consumption, and mentions of equipment shed light on the material culture of the early modern home. Traces of practices of compiling and categorizing are also evident. This brief discussion introduced students to wide-ranging historical and literary debates surrounding recipe books in current scholarship. As exciting, often understudied sources, manuscript recipe books are located on the cutting edge of collaborative scholarship—as EMROC shows so well—and we wanted to encourage students to work across disciplines to overcome struggles and share expertise.

The transcribathon
These resources were put into practice during a two-hour transcribathon which replicated EMROC’s crowdsourcing activities on a smaller scale. We decided to transcribe Johanna St. John’s recipe book: students had already been introduced to it in the video, and its comparatively easy hand and layout are suitable for beginners.[3] We gave a brief verbal explanation of the social context of the book at the start, providing some biographical information on St. John and situating her recipes within her role as mistress of an elite household and rural estate. This enabled students to understand why the book was created and how it was used. Because the book was completely untranscribed in FromthePage, it offered the added benefit of students being able to create a body of work from scratch, in a collaborative and instantly rewarding activity. The FromthePage software used by EMROC provided an easy-to-use interface through which participants could see their own and others’ transcriptions taking shape and learn from each other’s techniques. We also gave a brief overview of EMROC’s work and the FromThe Page platform and drew students’ attention to some of the more unusual letterforms in the St. John recipe book.

All the students found FromThePage relatively easy to use, though we were flexible about how precisely they chose to tag their recipe transcriptions. One participant told us that they found the event “far more accessible than I thought it would be.” Attendees had access to the glossaries we had produced (on manuscript terms and recipe-specific vocabulary) and were encouraged to keep these open for reference as they worked. All respondents told us in feedback that they found these very helpful when transcribing for the first time. We also hope that students will annotate and develop the recipe glossary as they gain personal experience of and confidence in transcription. We began this collective work during the transcribathon: participants updated a shared Google Doc with interesting or confusing terms as they encountered them, and together we shared comments and suggestions. The glossary of recipe terms provides, then, not only a useful resource, but also a document to be passed on. The participants were able to draw from it and add to it themselves: they are already researchers, helping colleagues in this and future events.

In their feedback, participants mentioned how much they’d appreciated transcribing and problem-solving as a group, and the collaborative nature of the project. We transcribed for twenty minutes at a time with breaks for discussion after each slot and kept a Zoom conversation as well as the Google Doc open in case the students had questions. Everyone who completed our feedback form said they would like to do more transcription in the future, with one mentioning that the session had given them inspiration for their undergraduate dissertation. Several students also told us that they would like to continue transcribing either in their degree work or in their own time, which will be possible with their personal FromthePage accounts.

We submitted our worksheets, video, and a report of our mini-transcribathon to the 2022 York Open Research Awards, a competition that supports projects based at the University of York that engage with the principles of open access and research. We were delighted to be one of the 2022 awardees, and our poster was exhibited as part of a showcase of open research and academic collaboration in July 2022.

Conclusion
This summary explains our preparations for and activities during the mini-transcribathon, and some of the feedback we received. The session was not attached to a particular module or class: this allowed for flexibility and a wide-ranging discussion. We felt that we’d successfully created a space for meaningful cross-disciplinary and cross-generational cooperation, in which students were able to work with people and resources they otherwise wouldn’t have come across. This is particularly novel for undergraduates, especially in the UK when undergraduate specialisation (the equivalent of a US major) happens much earlier, and students on single-honors degrees rarely take classes outside their subject.

The software, digitization, resources, and support that EMROC (with the Folger and Wellcome) have put into place made the organization of this mini-transcribathon hassle-free, very easy to run, and extremely enjoyable for organizers and participants alike. We hope that this outline encourages other instructors and graduate students to put together similar extracurricular projects in their own institutions, and we’re excited to see how our event shapes future learning for the students who took part.